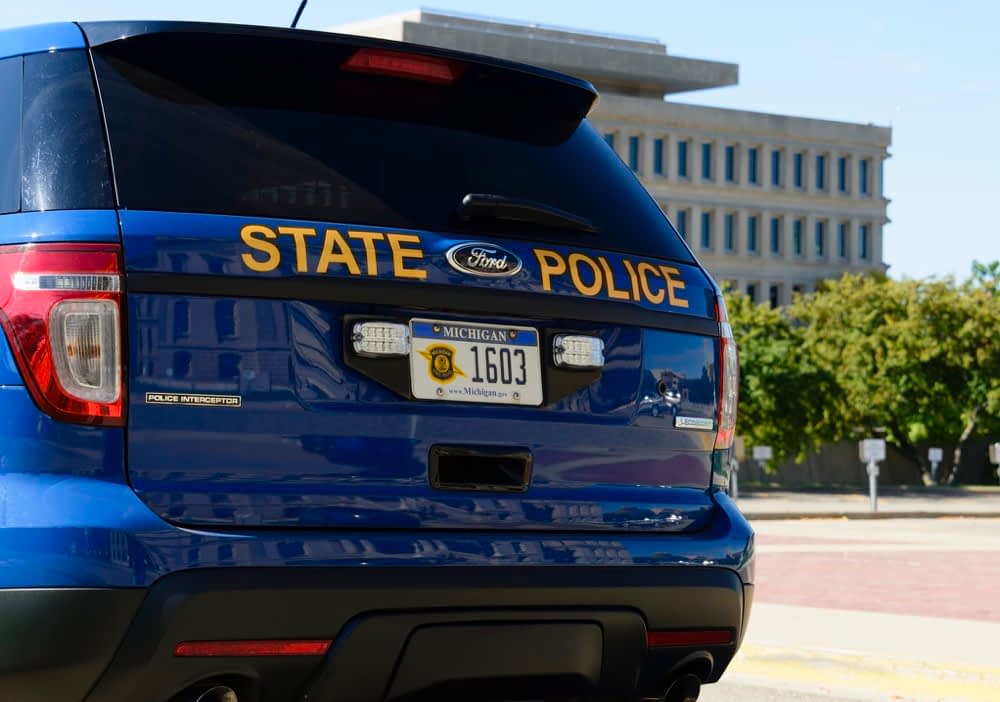 However, there are some notable faults with Michigan’s roadside drug testing program, which can result in unfair arrests and subsequent convictions.

What is Roadside Drug Testing?

Roadside Drug Testing is similar to the breath test, which all are familiar with that test for alcohol intoxication.

The Oral Fluid Test tests for the presence of controlled substances in a driver.

Roadside drug testing is a natural progression in policing necessitated, primarily, by the legalization of marijuana, and the real or perceived increase in drivers impaired by controlled substances on Michigan roads.

However, there is very little evidence to support an increase in drugged drivers or impairment from marijuana on driving.

A number of police officers have been trained as Drug Recognition Experts (DRE).

An officer makes a traffic stop based on some factor such as speeding, failure to signal, etc.

The office observes some indication of impairment, or evidence of drug use. i.e. smell of marijuana (the favorite, because it’s hard to disprove later through video and audio evidence), visible drug paraphernalia, or the typical signs of impairment such as bloodshot eyes, slurred speech, etc.

The officer then proceeds to conduct a standard field sobriety test (SFST).

Alcohol is a nervous system depressant.

The field sobriety tests have not been evaluated for non-depressant drugs, and include the following:

Part of an officer’s training for the SFST is the evaluation of volunteers’ “controlled drinking,” where a person drinks a known quantity of alcohol and attempts the test at different time intervals.

What is a Preliminary Oral Fluid Test?

If the officer has “reasonable cause,” the next step is requesting consent to a Preliminary Oral Fluid Test (POFT).

A POFT consists of a swab to the inside of the mouth which is read by a handheld device; very similar to a breathalyzer.

What If You Do Not Consent to a POFT?

Currently, the penalty for refusal to consent is much different than an implied consent refusal.

Refusal of a POFT is a civil infraction with a $200 fine, and currently cannot result in driver’s license sanctions.

However, refusal of a breath test for alcohol results in an automatic driver’s license suspension.

An officer can base an arrest solely on positive POFT results.

Can an Officer Still Conduct a Blood Test?

Is the POFT accurate?

You can request a separate sample be taken for testing at an independent lab to confirm the POFT result.

The Michigan State Police use the Alere DDS2 testing device.

The devices accuracy percentage varies in different reports on the device.

The drugs tested by the device are limited to six (6) classes of drugs:

However, a negative test does not translate in to innocence.

An officer may still believe you are impaired by a substance the Alere device doesn’t test for.

Issues with the POFT

Roadside drug testing only shows the presence of drugs in the system, not a level of impairment.

Again, in comparison to alcohol test, there have been years of studies done on what level of alcohol causes impairment, thus resulting in the .08 level being adopted as an illegal level of alcohol for driving.

Alcohol is metabolized in a predictable way, so it’s possible to tell if someone ingested alcohol in close proximity to operating a vehicle.

But there aren’t enough studies regarding the drugs tested by the Alere device to correlate specific drug levels to a level of driving impairment.

THC for instance, although present in the saliva, doesn’t indicate when the THC was ingested with any certainty.

There’s no accepted level of THC that indicates driving impairment.

There’s also no test for acute drug intoxication, since many substances remain in the blood for days after use.

The Michigan State Police Oral Fluid Roadside Analysis manual admits a positive test result indicates the presence of the drug in the driver’s oral fluid, but doesn’t indicate a level of impairment.

The Alere DDS2 testing device is far from perfect.

In fact, false positive results happen more than you would think.

Below are just some examples of what can result in a false positive:

Is a POFT admissible in court?

Yes, if a defendant challenges the basis for the arrest.

Is There Any Benefit to Consenting to the Test?

There’s not a clear benefit to a motorist submitting to the test.

A false positive can result in arrest, while a negative result doesn’t necessarily prevent an arrest if the officer has reason to believe the driver is impaired.

Is There An Increase in Drug Related Driving Accidents?

A review of the MSP drunk driving audit (which contains data about alcohol and drug related accidents) says not really.

The number of drug related fatal accidents increased only slightly between 2010 and 2020 in most counties. The number remained fairly steady between the legalization of marijuana in 2018 and 2020.

Don’t Let A Faulty Test Take Away Your Freedom

For all the reasons stated above, you should consider fighting back against your drug charge(s) if you believe it was caused by faulty testing devices.

A skilled and experienced attorney will seek out all possible defenses to get you the best result possible.