Arrested for CCW in Vehicle? Know Your Rights 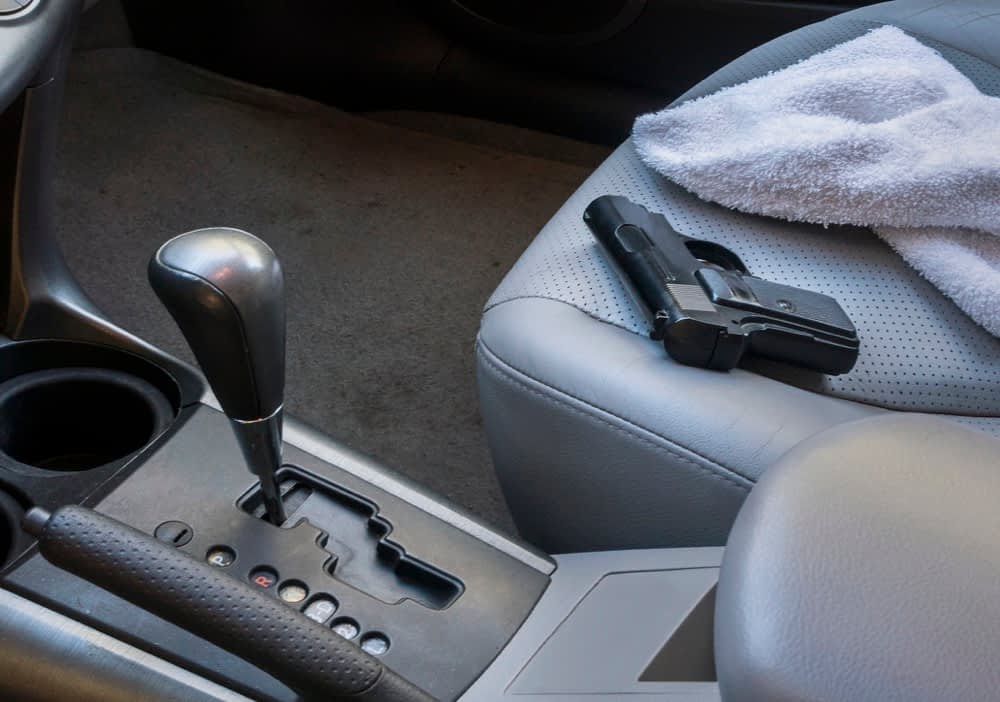 In Michigan, traveling in a motor vehicle with a firearm, or CCW in a vehicle, without having a carrying a concealed permit (CPL) is a felony. If you’re facing charges, immediately speak with a CCW attorney.

These are three different felony convictions during one circumstance.

If you’re convicted of any of them, it’s certain prison time.

CCW in a vehicle is a very serious offense.

Therefore, the question is; what can be done to avoid the most serious consequences?

How Can a Firearm Criminal Defense Lawyer Help Me

When defending firearm charges, the goals are clear.

First and foremost, you must avoid any felony conviction(s), especially if you don’t have any priors.

Having a felony conviction on your criminal record makes it much harder to get or keep a job, find adequate housing and of course, makes you ineligible for a CPL.

Additionally, you must avoid jail or prison.

Incarceration is always the last resort and is never an acceptable outcome.

Perhaps most importantly, your lawyer should see if the prosecutor will dismiss your case.

However, that can’t happen if no one tries.

A skilled firearm defense lawyer isn’t scared to try all of the above.

This begs the next question; what’s a winning strategy?

Why Was I Charged with CCW in Vehicle?

Before adopting a strategy, you must understand Michigan law on carrying a firearm in a motor vehicle.

It should be noted that motorcycles and boats fall under the definition of a “motor vehicle.”

The following elements are necessary to provide in order to convict you on CCW in a vehicle:

The presence, plus knowledge that a weapon is in a vehicle, isn’t enough to prove that you carried the weapon.

“Carrying” is an essential element, although its exact definition isn’t explicitly stated.

Factors to consider when proving whether you “carried” a weapon include:

Similarly, knowing that a weapon is in the vehicle isn’t enough to convict you of possession of a firearm.

To be convicted, you must show some form of physical possession or control.

Additionally, the concealed weapons law doesn’t punish anyone who’s simply present in a vehicle when a firearm is found.

For example, knowledge can be proven if you carried ammunition for the weapon in question.

You also can be convicted if you were in close proximity to the weapon, or if you engaged in a common unlawful enterprise with others where the gun was carried during it.

Possible Defenses for CCW in Vehicle

If you hire the right attorney, there are several defenses to use in your case, such as:

The prosecutor must prove, beyond a reasonable doubt, that you knew the weapon was in the vehicle and that you had access or possession of that weapon.

For instance, if you knew there was a weapon in a car, but reasonably believed it was in a trunk away from you, that’s a valid defense.

Possession is a necessary element to convict.

Just because a weapon was found in the passenger compartment, doesn’t mean that you knew it was there.

Therefore, the prosecutor must rely upon something more solid to convict.

If the firearm wasn’t accessible to you, you’re not guilty.

For instance, a firearm that’s located in someone else’s waistband, isn’t accessible to others in the car.

In almost every CCW in a vehicle case, there’s a warrantless search and seizure.

Searches of a motor vehicle without a search warrant are unlawful, unless it falls within an exception. 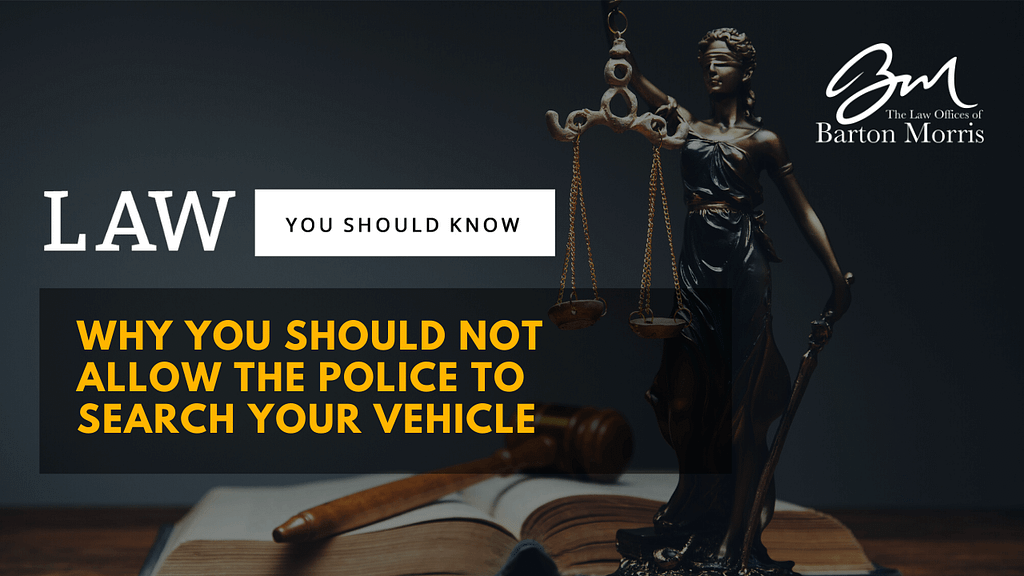 Charged with CCW in Vehicle? Unhappy with your current attorney? Request a free consultation now.

Plea Bargain for CCW in Vehicle

Sometimes, the best strategy is to seek a favorable plea bargain.

Your lawyer must demonstrate that you deserve a misdemeanor plea based upon the case (discussed above) or personal circumstances.

This requires an attorney who knows how to be persuasive.

If you’re considered a “good person” in the eyes of the law, this may convince the prosecution to a misdemeanor plea.

Prosecutors have a moral obligation to achieve justice.

When you’re a “good person,” particularly in the ways mentioned below, you may very well avoid a felony.

Lack of a Felony or Criminal Record

When someone doesn’t have a prior felony, they should arguably not receive their first.

This is especially true when someone is young (under 25 years of age).

However, it still remains a strong argument when someone is older.

Prosecutors know even just one felony has a serious impact on someone’s life.

Therefore, if there’s a strong argument to avoid that first felony, it’s usually the winning defense.

Existence of a Family

Someone that is raising a family, particularly one with young children, is a good candidate for a plea reduction.

One mistake shouldn’t cause you to lose your job.

Typically, prosecutors respect someone that is or has a high likelihood of being a productive member of society.

Someone who has definitive future goals, along with a clear and realistic path towards achieving them, is a solid candidate for a plea reduction.

For example; if you’re close to graduating from school or completing a career certificate.

Additionally, if you historically donate to charity or hold a community accomplishment, that can be highly persuasive.

If you and your lawyer achieve all of the above, you’ll experience at least one of these favorable outcomes:

As stated above, most firearms in vehicle cases come from a warrantless search.

If a motion challenging the search is successful, any evidence recovered from the unlawful search is excluded.

After that, the prosecutor will usually dismiss the case.

A good lawyer isn’t afraid to go to trial if necessary.

Sometimes, it’s the only way to win.

Only seasoned trial lawyers give their clients a real chance for success.

Most lawyers are actually afraid to go to trial, so they convince their clients to plead guilty.

If a defense lawyer doesn’t regularly try cases, you have almost no chance of winning at trial.

Ask your lawyer when the last time they won a jury trial, in any type of case.

This usually reveals if they’re a real trial lawyer or a guilty plea lawyer.

Convince the Prosecutor They Cannot Win

Sometimes, the evidence in favor of the defendant is so persuasive, that if explained properly, the persecutor will give up.

This can be a winning strategy if your lawyer treads carefully.

If the prosecutor knows the defense trial strategy, they’ll prepare for that strategy.

However, it sometimes works well to let a prosecutor think they know the defense strategy.

Then, they discover that the defense lawyer tricked them.

All is fair in jury trial warfare.

There are alternative charges that carry a misdemeanor conviction, such as transportation or possession of a loaded firearm or attempted felonious assault.

Both are two (2) year misdemeanors.

You can also negotiate for a delayed sentence.

This is when the prosecutor will place conditions, much like probation, on you during an 11-month period prior to official sentencing.

Once you meet these conditions, the prosecutor will agree to reduce the charges.

They’ll then issue an official sentence.

This gives you an additional opportunity to demonstrate that you deserve the plea reduction.

Additionally, it provides the opportunity for you to engage in community service, pay restitution, or complete any type of applicable program.

Can I Expunge a CCW Conviction?

Rarely but unfortunately, felony convictions do happen even with a good attorney.

If this does happen, you should plan for the opportunity and eligibility to have it expunged.

Under the new Clean Slate laws, this conviction can be set aside after five (5) years from the date of successful completion of probation, parole or release from incarceration.

Before then, it’s extremely important to remain free from probation/parole violations.

It’s also important to maintain steady employment, engage in community service and most importantly, stay out of trouble.

Expungement for a CCW in vehicle conviction isn’t automatic.

After filing your application for expungement, the court must determine that the circumstances and behavior of an applicant is suitable for expungement.

How to Get Off Probation Early for CCW in Vehicle

It’s always a good idea to try to get off probation early.

This can happen with good behavior and a motion to terminate probation filed by your lawyer.

Avoid CCW in Vehicle Conviction with the Right Attorney

If you’re facing a CCW in Vehicle charge, Felony Firearm charges, or both; now is the time to hire the right attorney.

This is why you need an attorney to fight for your freedom and your second amendment rights.

Our team of criminal defense attorneys will immediately and thoroughly evaluate your case.

Then, we’ll develop the winning strategy to get the best outcome possible.

Free Consultation
Speak with Our Team