When You Hire The Law Offices of Barton Morris, You Hire The Most Well-Trained and Accomplished Group of Attorneys, Paralegals, and Support Staff Who Work Aggressively as a Team to Defend Your Rights. 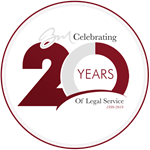 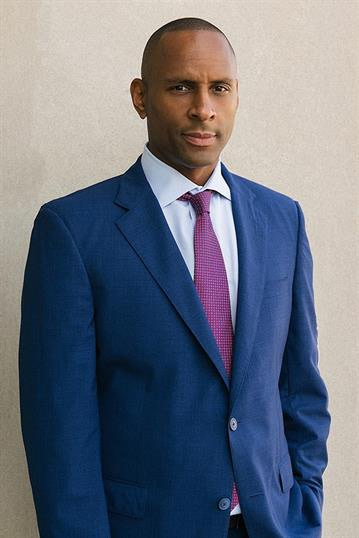 Barton Morris is Michigan’s only Forensic Lawyer-Scientist designated by the American Chemical Society and has been providing high-quality legal representation in the area of state and federal criminal defense for more than 20 years. He continually emphasizes continuing legal education as he has attended several programs and seminars to enhance and perfect his practice.

Barton and his law firm pride themselves on obtaining results for their clients that other attorneys cannot. Barton has also demonstrated his proficiency in effectively challenging several types of evidence with the latest defense strategies in the field, such as the Michigan Impaired Driving Safety Commission’s report on whether a THC contraction would equate to intoxication. Barton was the only criminal defense attorney who presented to the commission. Subsequently, the report found that a single concentration cannot reliably be used as per se evidence of intoxication.

Barton Morris is a very accomplished trial attorney having been trained by Gerry Spence and the skilled trial attorneys at the exclusive Trial Lawyer’s College in Dubois, Wyoming. Having performed countless successful criminal jury trials means Barton Morris has the experience necessary to provide excellent representation to his clients. He’s currently president of the Michigan Association of OWI Attorneys and is also a board member of several distinguished legal associations including the Michigan Department of Attorney General’s Marijuana Legal Workgroup, Trial Lawyer’s College Alumni Association and the DUI Defense Lawyer’s Association Justice Foundation.

Attorney Morris has enjoyed a very successful and distinguished career as a trial lawyer. He’s known for his trial preparation by fellow attorneys, judges, and prosecutors. As a trial attorney, he’s dedicated to attaining justice in every case. Mr. Morris fights for his clients and doesn’t take a case just to plead a client guilty. Effective trial litigation and preparation is the best way to achieve the best results. When the prosecutor and judge know that the defense attorney is prepared for trial and will do an exceptional job, great deals are had. He is perhaps the best criminal defense attorney in Michigan.

Barton is also an extremely experienced federal criminal defense attorney, having practiced extensively in the Eastern and Western Federal Districts of Michigan. He has successfully litigated federal criminal cases in the areas of healthcare and Medicare fraud, mortgage fraud, as well as drug trafficking prosecutions involving cocaine, marijuana, prescription pills, and ecstasy. He has also tried cases involving murder of a federal witness, production, possession and distribution of child pornography, and money laundering. Barton has the experience, skill and passion to handle any complex criminal prosecution in the Eastern and Western Districts.

In January 2020, Barton, alongside the non-profit libertarian public interest law firm Institute for Justice, filed a federal lawsuit against the Wayne County Sheriff’s Department. This lawsuit is aimed to stop the decades-long practice of unconstitutionally seizing vehicles and other property of innocent Detroiters. Since the filing of this lawsuit, one of the clients has been reunited with his vehicle and over $2,200 that was stolen from him by the Wayne County Sheriff’s Department.

In October of 2014, Barton was the first attorney in Michigan to earn the American Chemical Society designation Forensic Lawyer-Scientist due to the completion of several intensive courses in forensic chromatography, which are comprised of over 160 hours of education and lab and passing a very difficult comprehensive examination. Barton Morris is 1 of only 60 attorneys in the nation to have earned this distinction, and remains the only Forensic Lawyer-Scientist in Michigan.

Request a free consultation now from the team led by the best criminal defense attorney in Michigan.

How to Keep the Airport Police from Stealing from You

How to Get a DUI Dismissed in Michigan

Can A Driver Consent to Search a Passenger?

Is a Michigan Medical Marijuana Caregiver’s Grow Separate From the 12 Plants One Can Grow For Personal Use?