On November 6, 2018, I began celebrating 20 years practicing law as a licensed Michigan attorney.

In November of 1998, I was a law clerk for the Honorable David F. Breck in Oakland County Circuit Court. It was there I fell in love with the courtroom and, in particular, criminal defense. Being able to argue against the prosecution while fighting for the rights of real people, as opposed to governments or businesses, was incredibly intriguing.

Judge Breck was a significant influence and mentor to me.

But even more, so was my father.

Facing criminal charges? Trying to restore your driver’s license or have your record expunged? Request a free consultation now.

Watching Dad As a Lawyer

My father, Barton W. Morris, Sr. started practicing law in 1953 in the City of Detroit.

At first, he was an Assistant United States Attorney for the federal government. Many years later he started his private practice in the Renaissance Center and had as clients, and friends, NBA basketball players (Bob Lanier, Jimmie Walker, Dave Bing) as well as Motown recording artists (The Four Tops).

He was incredibly well-respected and I grew up basically idolizing him. Quite frankly, I didn’t know what a “lawyer” really did, all I knew is that my father was a great man and I wanted to be like him.

It wasn’t until I started working for Judge Breck while in law school in 1995 that I really learned what the practice of law really meant.

Law schools don’t teach you how to be a lawyer, only how to think like one. They don’t teach trial skills, methods for effective persuasion, negotiation strategy or how to tell your client’s story.

These are the things that I needed to learn. When you’re a young lawyer, you’;l take anything to pay the bills. I’ve done, bankruptcies, construction civil litigation, probate, divorce, custody, civil rights litigation and personal injury. I actually learned a great deal by dabbling in these areas that help me and my clients today.

Eventually, I settled into exclusively representing people accused of crimes. I soon realized the significance of the jury trial and why it’s necessary to master the skills necessary to win them. 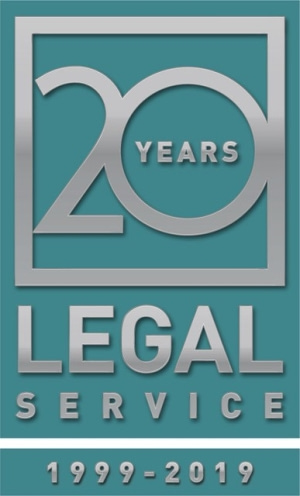 Prosecutors know who is good and who isn’t. The ones who aren’t or who are scared to go to trial don’t get good offers. They know they cannot win at trial so why bargain? Being a good trial lawyer, who is known for not being afraid and for winning, is the only way to get respect in the criminal justice system.

I lost my first eight to 10 trials, so I knew I needed to do something. That is when I discovered the Trial Lawyer’s College which changed everything.

Trial Lawyer’s College (TLC) In Dubois Wyoming sits a ranch where Gerry Spence and his faculty teach lawyers from all over the country. Gerry knew that law schools didn’t teach what was necessary to be a good trial lawyer. He also knew that trial lawyers were the only lawyers who could get real justice.

I attended the 24-day course in September of 2011 with 50 lawyers from all over the country. There was no cell phone service or any internet just learning. It was the single most influential professional experience I’ve ever had.

It taught me not only about how to be a great trial lawyer but also taught me about myself. That personal development is necessary to be a good lawyer. If you don’t know yourself, you cannot be real with a jury.

After TLC I realized the importance of education and sought to be the best DUI lawyer I could be.

In 2013, after two years of hands on laboratory and classroom training at Axion Laboratories in Chicago, I became the first and only lawyer in Michigan certified by the American Chemical Society as a Forensic Lawyer Scientist.

Forensic science is inherent in almost all criminal cases. This is especially true for DUI defense with respect to blood and breath alcohol/drug tests. This training, along with my TLC education catapulted myself and my reputation as one of the best criminal defense lawyers in Michigan.

During my entire practice I have seen hundreds of people unfairly charged and convicted of marijuana offenses. It became my mission to eliminate these ridiculous marijuana laws.

I sought to become a top marijuana lawyer and I did just that by forming the Cannabis Legal Group (CLG). I assisted the reform movement in legalizing adult use marijuana and now CLG is one of the top law firms in the State of Michigan providing cannabis business and cannabis licensing services to those seeking to participate in the marijuana industry. CLG is something I’m most proud of.

On November 6, 2018 not only did I begin celebrating 20 years practicing law, it was also the day the Michigan passed the Regulation and Taxation of Marijuana Act. I was instrumental in legalizing adult use marijuana in Michigan.

It was one of the happiest days of my life.

My goal is to continue to provide high level criminal defense to those accused while at the same time, ensure that CLG is the best cannabis law firm in the state and soon perhaps the country. These are my passions. I love helping people through tough times in their life and also helping them achieve their cannabis industry goals. I truly love helping people and I can’t wait to see what I accomplish next.

Facing criminal charges? Trying to restore your driver’s license or have your record expunged? Request a free consultation now.