What’s the Difference Between Drug Trafficking and Distribution? 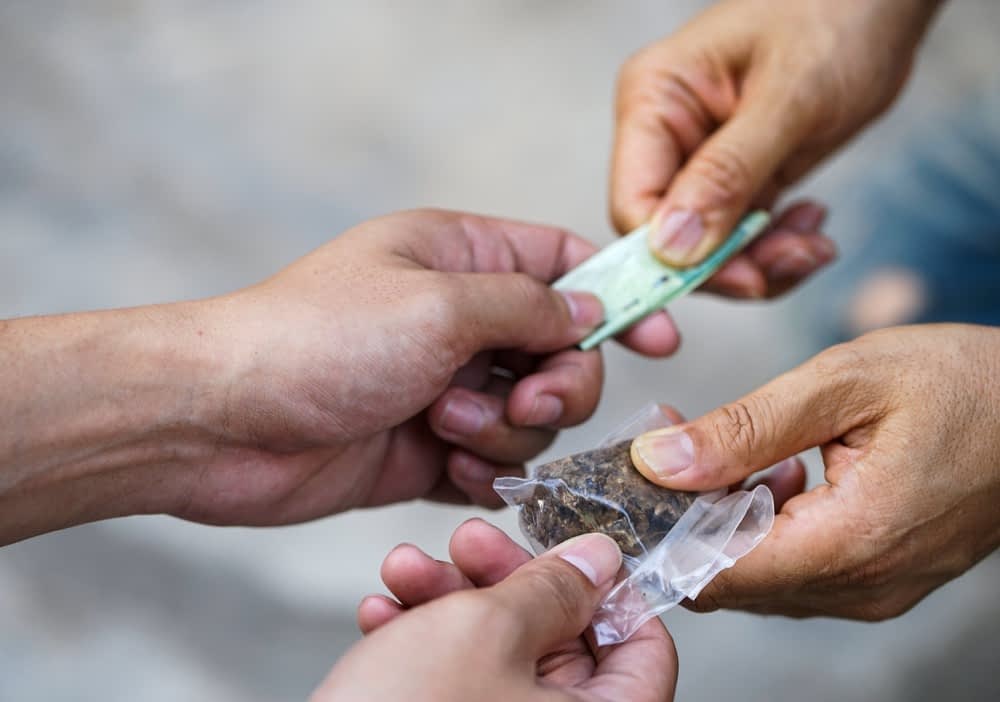 What’s the difference between drug trafficking and distribution?

Therefore, the penalties for such a crime are more severe.

It’s critical to your defense that your Michigan criminal attorney establishes whether trafficking is the correct charge, or if they can get the charge reduced to intent to sell or dropped completely.

Drug Trafficking vs Possession with Intent to Distribute: What is the Difference?

Though similar, these two crimes are different.

Therefore, the penalties and sentences will differ as well.

The charges brought against you will depend on the varying degrees of the offense, which are dependent upon:

What is Possession with Intent to Distribute?

The intent to distribute charge is a Class B felony.

Prosecutors will charge you with it if law enforcement discovered that you were:

At times, police will charge someone in possession of drugs with intent to distribute.

The reason for this is that they suspect the individual was planning to sell the drugs.

In this situation, it’s important to your defense that you avoid admitting to a crime you didn’t commit.

Intent to distribute is more serious than simple possession.

It’s the responsibility of the prosecution to try and prove intent.

If you’ve admitted to the crime of possession with intent to distribute, prosecutors will use it against you in court, and it will be difficult to prove you didn’t have intent in that situation.

The penalties and length of your sentence depend on the type of drugs in your possession, the amount, and whether you’re a repeat offender.

Here’s an idea of what you can face with an intent to distribute charge.

What is Drug Trafficking?

Drug trafficking is a Class A felony.

If you were in possession of a large volume of drugs during your arrest, the police may accuse you of drug trafficking.

The amount of drugs in your possession can signal to police that you’re part of a criminal organization that smuggles drugs across borders.

Other indicators that would cause police to charge someone with trafficking include:

Often, they create and manufacture drugs as well. In addition to trafficking charges, a manufacturing charge can apply if you:

Depending on the type of drug and the amount in your possession, you can end up with a sentence of 20 years to life in prison and a fine of up to $1 million if you’ve received a drug trafficking conviction.

This is one of the many reasons it’s important to know the difference between drug trafficking and distribution.

What is the Difference Between Federal vs. State Charges?

Additional penalties can apply if the drugs in your possession (or that you sold) killed or seriously injured another person.

Further enhancements can also apply if you used a firearm or if officers suspect that you are the leader of the organization.

Possession with the Intent to Distribute – First Offense vs. Repeated Offenses

Sentences can range from one year to life in prison.

The severity of the punishment will depend on whether you are a first-time or repeat offender, the intent, the amount of drugs, and whether you’re part of a criminal organization.

Though these sentences are “mandatory,” some defendants serve no to very little jail time for their crimes.

Reasons for this include:

Intent to Sell to a Minor

Jail time for possession with an intent to distribute can increase if you intended to sell or sold illegal drugs to a minor or a vulnerable adult.

The drug sold doesn’t have to be “hard” drugs.

Even the sale of marijuana and tobacco products to a minor can come with penalties.

They also prohibit the sale of these products to minors.

Violation of the law can result in a misdemeanor charge.

Your Attorney vs. the Prosecution: How Will They Prove Intent?

The foundation of the case against you is the word “intent.”

The prosecutors must prove that you didn’t just have illegal drugs in your possession, but that you also intended to sell or distribute them.

It’s the job of your Michigan criminal attorney to prove the lack of intent.

In intent cases, there are two types – general and specific.

General intent is that in which the accused intended to commit a crime or was reckless and committed a crime.

Specific intent is intending to commit a crime and cause a specific result. In other words, the accused knowingly committed a crime and did so to create a certain outcome.

The intent behind the crime helps the courts to determine the severity of the crime and the resulting punishment.

Do Not Try to Handle Serious Charges on Your Own

So what’s the difference between drug trafficking and distribution?

The reality is both drug trafficking and possession with the intent to distribute are serious crimes, ones that can have a major impact on your life now and in the future.

If you’re facing these charges, it’s important to consult with a Michigan defense attorney immediately to discuss your options.

You can secure a strong defense from someone with specialized training, expertise, and experience in Michigan drug laws and fighting for their client’s rights.

Our team will work hard to get your charges reduced or eliminated completely.

With more than 20 years of experience arguing federal drug cases and being the only Certified ACS Forensic Lawyer-Scientist in the state, you can be confident we will do all we can to fight for your rights.