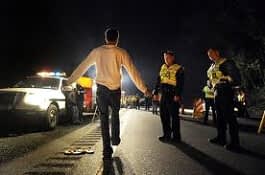 A police officer can’t pull cars over randomly and just because he feels like it. There needs to be a reasonable reason to justify stopping your car so it’s important to not give them one. This article covers how to avoid a DUI arrest nightmare.

It doesn’t take much drinking to reach the illegal limit of .08 and obviously, if you’ve been drinking, taking a cab or walking is the easiest and preferred way to avoid a DUI, known in Michigan as operating while intoxicated (OWI).

However, many people don’t realize they’re over the legal limit when they begin driving so adhering to a few simple rules can save you the nightmare of getting pulled over.

According to a survey done by Edmunds.com, police officers usually single out cars that have blatant and easily noticeable equipment violations – so don’t give them any. Again, you want to avoid a DUI arrest nightmare. The top violations noticed by cops include:

-Heavily tinted windows, (cops are already suspicious of you)

-Burned out headlights, (especially noticeable in the dark)

-Broken windshields; and, (easiest reason to justify pulling you over)

Keeping your vehicle properly maintained will reduce your chances of getting noticed and pulled over. The cost of fixing your muffler or headlight is guaranteed to be less expensive than the costs associated with a drinking and driving offense.

Cops can pull you over for breaking the law so don’t do it. According to the National Motorist Association, attention-seeking driving as well as committing civil infractions are sure to get you pulled over. Some of the easiest maneuvers to avoid are:

-Failure to use a turn signal; and,

-Following to close to someone.

If you’re coming home from a dinner or party with friends, a sports game, or just a quiet dinner by yourself and you’ve had even just one drink, do yourself a favor and obey the law. Safe driving is good for you and everyone else on the road as well.

Drive the speed limit, use your signals, don’t squeal your tires and make sure your tags are current. Not only will this get you home safely, but it will increase your chances of getting home without getting pulled over.

Use your common sense with this one. If you find yourself driving home at 2:30 am, you probably shouldn’t drive through empty parking lots, closed cemeteries and down alleys. This will certainly draw attention to you, which is exactly what you don’t want to do.

Taking a nap behind the wheel in a Burger King parking lot at 6:00 am is another sure-fire way to get yourself noticed by a police officer.

So when you’re on your way home, skip the alleys, the parking structures, the naps at the stop signs and intersections and just drive home. Take your usual route, obey the traffic laws and don’t do anything suspicious, like abruptly turning down a side street at the first sight of a cop car.

Cops are trained to look for suspicious behavior and vehicles that are driving in odd places at odd hours of the day or night are prime targets.

4. Be On Your Best Behavior When Stopped And Say Nothing

As soon as you see the flashing lights behind you your mind begins racing with what you plan on saying to the police officer. My best advice to you – don’t be a jerk and say as few words as possible. Also do not admit to drinking any alcohol.

There’s absolutely no law that requires you to speak with the police officer – even when pulled over on the side of the road. So when the officer approaches your car door, stay calm, relax, and don’t start talking in an attempt to persuade the officer to let you go.

If the officer asks if you know why he pulled you over, answer politely “no.”

Likewise if the officer asks where you’re coming from, where you’re going, whether you had anything to drink this evening, your answer should always be a polite “I’d rather not answer that question officer.”

Remember, the more talking you do the more opportunity you give the officer to say that he smelled alcohol on your breath, or that your speech was slurred.

It’s also important for you to know that there’s no law that requires you to perform field sobriety tests, so don’t do them. These tests are used to build a case against you.

Even if you think you can pass them, don’t do it. There’s no objective pass or fail. The test relies on “clues” of impairment, which are pretty subjective.

Same goes for the portable breath test or PBT that officers want you to take on the side of the road. The results can only hurt you, so just don’t do it. The only penalty for not taking the PBT is a fine.

Just remember, keep your vehicle properly maintained, obey the traffic laws, don’t drive in suspicious places, say as little as possible, don’t do the field sobriety tests and be as polite as possible to the police officer– no matter what. These are the keys to avoid a DUI arrest nightmare.