ARRESTED FOR DUI – WERE YOU READ YOUR RIGHTS? 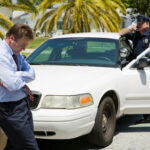 Clients arrested for DUI often complain that they ‘were not read their rights when they were arrested” and ask if that fact can help their case. What “Rights” are they referring to? There are a couple of different types. The “rights” that they all are usually referring to are called Miranda Rights which are as follows:

Many believe that these words must be read to every person who gets arrested, which is not true. These “Miranda” rights are titled after the United States Supreme Court case called Miranda v. Arizona decided in 1966. This case protects every person’s Fifth Amendment constitutional right to remain silent and not speak to the police if questioned after being arrested. Therefore, after the police make an arrest and they seek to question the person arrested, the Fifth Amendment requires that he be advised that he has the right to remain silent and be read his MIRANDA RIGHTS.

These rights only apply to police questioning after a person is in their custody or when the person feels that they are not free to leave. It usually begins when a person is in the back of the police car with or without handcuffs.

In a typical DUI case the police do all of their questioning before the arrest. Immediately after a DUI suspect is pulled over they are questioned about where they are coming from and how much did they drink. A majority of the police investigation occurs before arrest or custody. Therefore Miranda Rights are never given in a DUI case and it is legally permissible.

After a DUI arrest, the police have what they need from you except one thing – a chemical test for bodily alcohol content (BAC). This test will be either a breath test or blood test and Michigan law requires the person arrested be advised of their CHEMICAL TEST RIGHTS.  Chemical Test Rights should be given in all DUI cases in Michigan, and most other states when the police want a bodily alcohol test. Before attempting to administer this test the following CHEMICAL TEST RIGHTS must be read:

I AM REQUESTING THAT YOU TAKE A CHEMICAL TEST TO CHECK FOR ALCOHOL AND/OR CONTROLLED SUBSTANCES IN YOUR BODY. IF YOU WERE ASKED TO TAKE A PRELIMINARY BREATH TEST BEFORE YOUR ARREST, YOU MUST STILL TAKE THE TEST I AM OFFERING YOU. IF YOU REFUSE TO TAKE THIS CHEMICAL TEST, IT WILL NOT BE GIVEN WITHOUT A COURT ORDER, BUT I MAY SEEK TO OBTAIN SUCH A COURT ORDER. YOUR REFUSAL TO TAKE THIS TEST SHALL RESULT IN THE SUSPENSION OF YOUR OPERATOR’S OR CHAUFFEUR’S LICENSE AND VEHICLE GROUP DESIGNATION OR OPERATING PRIVILEGE, AND THE ADDITION OF SIX POINTS TO YOUR DRIVING RECORD. AFTER TAKING MY CHEMICAL TEST, YOU HAVE A RIGHT TO DEMAND THAT A PERSON OF YOUR OWN CHOOSING ADMINISTER A BREATH, BLOOD, OR URINE TEST. YOU WILL BE GIVEN A REASONABLE OPPORTUNITY FOR SUCH A TEST. YOU ARE RESPONSIBLE FOR OBTAINING A CHEMICAL ANALYSIS OF A TEST SAMPLE TAKEN BY A PERSON OF YOUR OWN CHOOSING.

These rights are otherwise known as Implied Consent Rights. By accepting a Michigan driver’s license every person impliedly consents to take a chemical test of the officer’s choosing if arrested for DUI. That means that if the person refuses to take the test the State of Michigan can and will take their license away for one year, and then add six points to their driving record. After a refusal, the police can get a search warrant and force the driver to take a blood test.

Another important point emphasizes the short period of time to obtain an accurate BAC at the time of driving. After time, a BAC will decrease, therefore the Chemical Test Rights offer the accused an opportunity to get their own evidence of BAC instead of being forced to rely upon the police breath or blood test. Therefore, everyone has the right to obtain an independent test and the police must provide an accused a reasonable opportunity to obtain one.

These questions will be the subject of next weeks blog article.