Operating While Intoxicated (OWI) or impaired by alcohol or drugs and causing serious bodily injury is a five-year felony in Michigan. A person can be convicted of this offense if they drive a motor vehicle after:

What is ‘Serious Bodily Injury’?

Examples of a serious bodily injury include loss of, or loss of the use of, a limb, hand, foot, ear, eye, or organ.

Substantial impairment of a bodily function such as walking, being in a coma for more than three days, or suffering a skull fracture or other serious bone fracture are other examples that have been designated by the Michigan Legislature.

Ultimately, a jury can decide what a serious injury is.

The operation of the vehicle under the influence must be a proximate cause, meaning that it was a direct cause without any superseding or intervening causes.

For instance, if a victim had to have surgery and the doctor makes the injury worse, the driving isn’t the proximate cause.

How Can We Fight a Causing Serious Bodily Injury Charge?

Attacking the reliability and accuracy of the chemical test, either a breath, blood alcohol, or drug test, is always important to accomplish, and only an experienced DUI attorney who knows the science behind these tests can do so effectively.

At The Law Offices of Barton Morris, our Michigan DUI lawyers have decades of experience in this complex area of law.

If you’re charged with DUI or OWI, including causing serious bodily injury, we can protect your rights and fight for your best interests.

You can trust us to provide you with the strong representation you need and deserve. 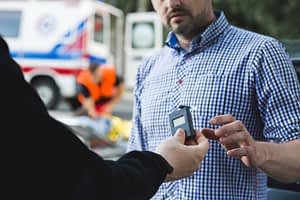