Congress pushed to re-evaluate the legalization of Marijuana 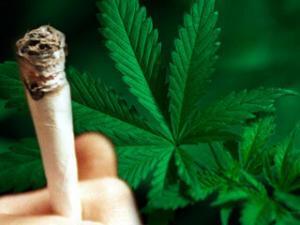 In 1996 the State of California legalized the possession, use, cultivation and distribution of marijuana for medical purposes. Since then, 20 additional states plus the District of Columbia have enacted laws legalizing marijuana for medical purposes. Seven states did so in the November of 2012 ballot. At that same time, two states, Colorado and Washington legalized the possession, use and distribution of small and personal amounts of marijuana without restriction of its medical use. American society is growing pro marijuana every year. The interesting question is, to what end?

Despite our country’s changing societal views on the legalization of marijuana, the federal government still outlaws its possession and use. Less obvious but almost equally as important, the Internal Revenue Code and federal banking laws also penalize marijuana related businesses by not allowing business tax expense deductions and equal access to the federal banking system. Our country has classified marijuana as a schedule one controlled substance meaning it considers marijuana’s potential for abuse very high and deems it has no legitimate medicinal qualities. Marijuana legalization supporters have been trying for a long time to change the federal laws regarding marijuana.  For the first time in our country’s history the federal legislature has responded and is inviting the opportunity to change.

This opportunity started on August 29, 2013 when United States Attorney General Eric Holder directed the country’s United States Attorneys not to pursue prosecution of individuals in possession of marijuana for personal use that is consistent with a state’s marijuana laws. The Department of Justice also communicated with the governors of both Washington State and Colorado that they will not interfere, for now, with those state marijuana legalization initiatives. The DOJ stated they would reserve their right to sue and preempt their state law if their enforcement of their marijuana laws is not “robust and effective”.

The Department of Justice’s policy, not to interfere with state legalization of marijuana, contradicts federal law. This is not an example of prosecutorial discretion but of prosecutorial defiance. Further, there has been no change to federal tax or banking enforcement policies. Therefore, marijuana businesses operating legally under state law still cannot operate legitimately as other businesses. For these reasons, for the first time in our country’s history, on September 10, 2013 congress held a hearing before the full senate judiciary committee on “Conflicts between State and Federal Marijuana Laws”.

The Chairman of the hearing, Senator Patrick Leahy started off by boldly stating, federal resources are limited and they should not be wasted on low-level possession of marijuana that is compliant with state law. He further stated in his opening, the department of justice has a responsibility to discharge its duties and cannot fail to enforce laws it does not like, thereby, giving an entire industry the green light to break federal law. Further, the Chairman called for testimony regarding the federal banking and taxation ramifications to state legalized marijuana distribution activities. He also noted, since legalizing medical marijuana, Colorado has seen a sharp increase in marijuana related impaired driving arrests and convictions.

READ  Is There a Statute of Limitations on Domestic Violence?

First to testify was James M. Cole the Deputy Attorney General of The United States Department of Justice. Deputy Cole restated his department’s policy allowing states to implement their marijuana programs provided they do not interfere with the DOJ’s eight enforcement priorities, which are:

He further testified the DOJ asked the Governors of Colorado and Washington to implement strong and effective enforcement systems that are consistent with General Public Health, safety and the DOJ enforcement priorities.  The DOJ has reserved its right to challenge state marijuana laws in the event they believe are not in conformity with their expectations. Outside of those enforcement directives the department will allow states to enforce and regulate their own laws.

Senator Lehay questioned Deputy Cole about the rumors DEA agents are dissuading armored car companies to provide services to medical marijuana dispensaries. Because they are effectively a cash only business without armored car services, they are susceptible to theft and violence. Deputy Cole acknowledged those rumors and stated that the Department is discouraging those activities.

READ  Should I Attend Alcoholics Anonymous (AA) If I Get a DUI?

The fact more states are adopting marijuana laws prompting our congress to hold hearings about the conflict in federal law is a monumental event. The committee and all of the witnesses recognized the necessity for change in federal law in the areas of banking, taxation and the re-classification of marijuana from a schedule one controlled substance. The hearings made it clear the marijuana industry is here to stay and the United States government is about to make some historic changes that may one day make the multi billion dollar marijuana industry as legitimate as alcohol and cigarettes which is unreal. Crazy, but true.