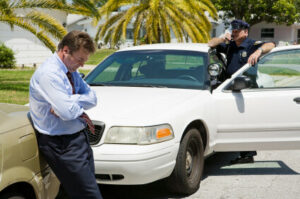 Imagine walking outdoors on a beautiful summer afternoon. While you’re enjoying the sights, you notice a car driving down the road and something catches your eye. Something does not seem to be right. The car may be going too fast or too slow. Perhaps it swerved a bit. Whatever it may be, the car is moving erratically, if only for a moment. You decide to call 911 on your cell phone. You tell the operator the license plate, make, model, color of the vehicle and the general direction the vehicle is going. Isn’t this the right thing to do? What if the phone call was enough to start a chain reaction that would eventually get the driver arrested. Is your phone tip good enough information for the police to act upon? Don’t we want to encourage citizen reporting of what may be bad behavior? Well, the United States Supreme Court has considered this very issue in an opinion released April of 2014. In the case of Navarette v. California A divided Court ruled 5-4 that in this instance, an anonymous tip to 911 was enough to give police the go-ahead towards arresting the driver.

Two brothers driving on a California highway were arrested after a person called a 911  alleging they had been run off of the road. Approximately 15-20 minutes passed between the time of the phone call and two suspects were arrested by the California Highway Patrol. The stop was made for suspicion of drunk driving. Once stopped, the individuals were found to have possessed 30 pounds of marijuana in the bed of their truck. The Court’s discussion of the value and credibility given to 911 calls when comparing reliable to unreliable tipster information is interesting. In this case a central question must be whether such calls are in themselves sufficiently adequate to allow police officers to arrest citizens without any other evidence. While 911 calls are not foolproof – in this case, when viewed under all given circumstances, the Court found that it was. The Court said that because the informant’s tip concerned reckless driving in the moment, it should be treated as an ongoing commission of a crime – that is, drunk driving. Therefore, immediate safety concerns for the public would prevail, justifying the officers’ stopping the two brothers in their truck. Finally, the Court reasoned that absence of other bad conduct (continued bad driving for instance) does not negate the value of the 911 thereby giving the officer reasonable suspicion to make a valid traffic stop. In other words, the phone call is enough.

Here in Southeastern Michigan, we are faced with heavy traffic throughout the tri-county area in daily commuting alone. Coupled with constant cell-phone use and the immediacy of information flow, this opinion will be of certain interest to law enforcement agencies as the tipster’s report in California not only gave rise to suspicion of drunk driving but has been upheld. This opinion provides food for thought when it comes to apparent criminal behavior and our cell-phone reporting system. While The Law Office of Barton Morris recognizes a need for public safety and insuring responsible conduct we also respect peoples’ rights to move and travel freely without suspicion of drunkenness. There is a delicate balance here, and one worth paying attention to.

Ultimately, the Supreme Court’s Decision in this case is another contributor to the erosion of our individual constitutional rights to be free from police intervention. Nevertheless, the Law Office of Barton Morris will continue to fight against unlawful police conduct at every opportunity.