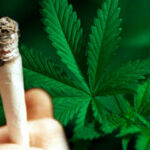 The federal government currently believes that THC (marijuana) qualifies.  Therefore, In Michigan it is unlawful to drive a car with any amount of marijuana in your system. This puts legitimate medical marijuana patients in jeopardy, which is unfair because they are more likely to have legal THC in their body.  This makes Michigan’s Motor Vehicle Code (MVC) selectively unfair against medical marijuana users.

In the long awaited decision of People v. Koon, on May 21, 2013 the Michigan Supreme Court unanimously decided that the “any amount” provision of the MVC does not apply to MMMA card holders. This decision is a BIG win for Medical Marijuana patients and advocates.

For a card carrying medical marijuana patient to be convicted of driving under the influence of marijuana the prosecution must prove the driver was intoxicated BEYOND A REASONABLE DOUBT. I like to say that if there is any doubt and it is reasonable, my client is NOT GUILTY.

This positive interpretation of the medical marijuana law will lead to the increased use of Drug Recognition Experts (DRE) who are trained to detect and investigate driving under the influence of all types of illicit drugs and controlled substances. DRE enforcement will be more prevalent in the months and years to come. It is important that defense attorneys stay one step ahead of law enforcement strategies and tactics especially when they do not have a solid scientific base (DRE programs do not). I have already been trained and taken a DRE educational seminar so this will be the subject of a blog post very soon.