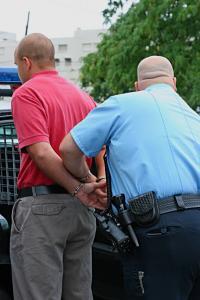 Grosse Pointe Shores Mayor Pro Tem and councilman Daniel Schulte got into an argument with his wife at their home. It started about how he blocked another family member’s car from getting out of the driveway. The argument became loud and 911 was called. Schulte believed the situation was a minor incident and was fully cooperative with their investigation. After the police interviewed all of the witnesses they believed there might have been an assault committed upon Schulte’s wife and decided to arrest the councilman. Outraged and baffled by their decision Schulte questioned the officers’ judgment and assessment of the situation. Reportedly, the police officers may have been unhappy with Schulte because he recently participated and supported a reduction of their benefits. They escalated the situation and attempted to physically restrain Schulte who initially resisted. The situation became ugly when police force was used to gain control over Schulte. He was taken to jail and then brought before a judge charged with the misdemeanor of Domestic Violence and the felony of Resisting Arrest. Schulte called the charges completely “overboard”. He had to spend the night in jail and suffered the embarrassment and humiliation of having the story appear in the news in print and online.

Domestic violence means an individual committed an assault or assault and battery upon a person that resides in the same home. An assault means taking an action that reasonably puts someone in fear of being touched unwantedly.  The battery is the actual unwanted touching.  I had a case where a husband during an argument threw some change towards his wife who was lying on the bed. The change did not hit her. He did not intend to hit her. Because their ensuing argument was loud the neighbor called the police. After speaking with everyone the police arrested the husband for domestic violence even though the wife did not want or ask for the arrest. The police thought that the wife feared being hit with the change. Thankfully, the jury didn’t buy it.

Police officers are often instructed that if they suspect a domestic violence to have occurred they arrest and charge someone and let the court figure it out later. Of course there are many cases where an arrest and charges are completely appropriate. On the other hand, I believe that there have been more people wrongfully arrested for domestic violence than any other criminal charge.

After a wrongful arrest the accused will spend at least one night in jail, incur thousands of dollars in attorney fees, have to make embarrassing court appearances, not to mention the stress of a pending criminal charge where you do not know what is going to happen. The case could last for months. The amount of stress can literally shorten a person’s life.

I don’t know what councilman Schulte really did and I don’t know what is going to happen to him. What I do know is that he needs a good attorney because only an experienced and savvy criminal defense attorney, like Barton Morris, will ensure justice prevails.