Can Men Be Victims of Domestic Violence?

Are you facing domestic violence charges? Unhappy with your current attorney? Request a free consultation now. 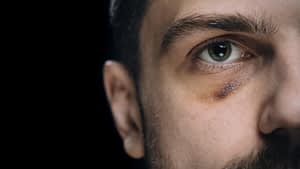 Sadly, many male victims do not seek help due to the fear of not being believed, embarrassment and shame.

In What Ways Can Men Be Victims of Domestic Violence?

Abuse can be physical, sexual, or emotional and at the hands of a man or women.

Michigan law states that a person is considered to be an abuser if the victim is:

Indicators of domestic violence include:

How Many Domestic Violence Victims Are Men?

They study four types of IPV:

They described an intimate partner as a, “romantic or sexual partner and included spouses, boyfriends, girlfriends, people with whom they dated, were seeing, or ‘hooked up.’”

What they found was that 1 in 10 (12.1 million) men in the U.S. experienced contact sexual violence, physical violence, and or stalking by an intimate partner and reported some form of IPV-related impact during their lifetime.

An IPV impact is defined as experiencing the following:

Additionally, they found that approximately 1 in 3 (37.3 million) men experienced that same abuse during their lifetime without reporting some form of IPV-related impact.

Essentially, 33.6 percent of men surveyed did not seek out domestic violence services.

This could be attributed to the stigma surrounding men and not being able to “fight off” their abusers and the belief that domestic violence laws and resources don’t apply to them.

How a Domestic Violence Attorney Can Help You

A domestic violence conviction can lead to other legal problems.

For instance, a conviction of domestic assault may lead to issues with immigration and/or child custody.

An arrest for assaultive behavior may also result in professional licensing issues.

This article covers domestic violence and a statute of of limitations for charges to be brought against you.

This is especially true for individuals who are employed in the medical field or work with children.

Hiring an experienced attorney who understands Michigan’s domestic violence laws is imperative for the future of your career and family.

Are you facing domestic violence charges? Unhappy with your current attorney? Request a free consultation now.

Sarah Tarockoff is one of the paralegals at The Law Offices of Barton Morris. She earned a Paralegal Certificate from Oakland Community College in 2015 and graduated from Oakland University in 2013 with a Bachelor of Arts degree in Psychology and a concentration in criminal justice. She completed internships at the 52-3 District Court where she aided probation officers in the Probation Department and at Bernstein & Bernstein, where she worked closely with attorneys and paralegals on various litigation-related matters.