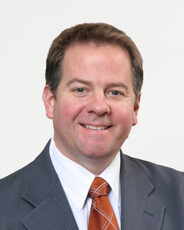 A top Oakland County Executive able to get DUI dismissed because his lawyers were able to keep the case quiet. In June of 2013 the top Deputy to Oakland County Executive to L. Brooks Paterson was arrested for suspicion of drunk driving in Petoskey, Michigan. Matthew Alan Gibb reportedly had a bodily alcohol content of .135 grams per 210 milliliters of breath, well in excess of the legal limit of .08. Normally a public figure being arrested for a DUI would definitely make the front page no matter where the offense occurred. In this case, no one from Oakland County heard about it. Because it was not publicized, Gibb was able to get a great deal and a plea to the civil infraction to careless driving.

Getting a careless driving deal and dismissing a drunk driving is not uncommon when you have a good attorney. What is uncommon is that no one knew about it. When a public figure gets in trouble and everyone knows about it, prosecutors do not want to give good deals because they are afraid of the public backlash. They do not want to be publicly accused of on being lenient on drunk driving. Without that pressure created by the media, the lawyers are free to be creative with a plea negotiation.

I am not suggesting that he did not deserve the civil infraction and it may have been the right thing to do. I am just saying it would not have happened if the press found out while the case was pending. Now it’s a year later and the press finally discovered the arrest. Good for Gibb that he was able to keep it quiet until now as it barely made the news. If the Free Press knew about it in June of 2013 it would have been everywhere.

READ  Can I Sell or Lease a Vehicle After a Drunk Driving Arrest?

The bottom line is that the media and press coverage almost always affects the outcome of every criminal case. It did with Jalen Rose and Ben Wallace and its unfortunate. It’s another example that when you are a public figure or a celebrity your actions will be held to a higher standard – and maybe they should be. But if no one finds out that is the work of a good PR department and probably a good attorney.