The Facts About Earwax, Oils and Hash – Super Concentrated Marijuana, Its Legality and Safety

The Facts About Earwax, Oils and Hash – Super Concentrated Marijuana, Its Legality and Safety 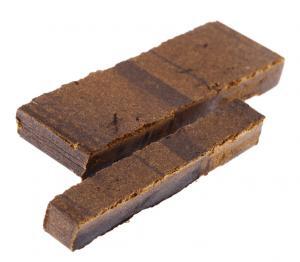 The active ingredient in marijuana is tetrahydrocannabinol otherwise widely known as THC. That is the stuff that gets a user high and provides a medicinal benefit to many which is why Michigan and 18 other states have legalized it in 2008. With the medical marijuana explosion in Michigan has come the increased production, distribution and use of super concentrated THC commonly known as hash, hash oil, or earwax (that is what it looks like).  It is made by collecting the resin, usually by shaking or brushing it from the leaves and buds of the plant, letting it dry and then compressing it.  The THC is extracted from the plant and made into a concentrated form. Just a drop or two of the concentrate is enough to create a powerful high. Does it fall under the Michigan Medical Marijuana Act (MMMA)? As of July 2013, the Michigan Court of Appeals said yes under Sec. 8 but no on Sec 4 of the MMMA. Is it safer? Yes and no. Here are the facts.

Under the MMMA, qualifying patients can legally possess 2.5 ounces of usable marijuana for medical use.  According to Michigan Law, marijuana is legally defined as:

[all] parts of the plant Cannabis sativa, growing or not; the seed thereof; the resin extracted from any part of the plant; and every compound, manufacture, salt, derivative, mixture, or preparation of the plant or its seeds or resin.”

The act defines Medical Use in relevant part as:

The dried leaves and flowers of the marijuana plant, and any mixture or preparation thereof, but does not include the seeds, stalks, and roots of the plant.

In July of 2013 the Michigan  Court of Appeals ruled in People v. Curruthers that extracts are not a “mixture or preparation” as defined in the MMMA as “usable marijuana”.  Therefore, as Michigan law stands, edibles and extracts like oils and earwax are not medicine under Section 4 of the MMMA. Alternatively the Court ruled that they are legal under Section 8 which allows a person with a debilitating illness to have as much as necessary to treat the illness. In Section 8 the term “marijuana” is used and not “usable marijuana” Therefore, extracts, oils and edibles are lawful medicine under Section 8. A Section 8 defense will require a hearing on the issue and a higher burden to achieve, but the argument can be made. Section 4 protects card carrying patients and caregivers. So having a card alone will not serve as an immediate defense to arrest and prosecution. A section 8 hearing and defense will be necessary. The state of the law in this respect will change soon.

The Michigan Legislature recently introduced a bill to include marijuana edibles and extracts as medicine under the MMMA. This bill accompanied another bill providing for dispensaries and provisioning centers. Many believe these bills will be passed eventually, possibly and hopefully sometime in 2015.

Further, It has been reported that people will attempt to create THC extract using a mixture of marijuana plant and synthetic marijuana possibly to increase the yield. Adding anything foreign to the extraction process immediately makes the process unlawful and the resulting product unlawful. Any person performing this act can be guilty of the felony of manufacturing a schedule one controlled substance. It would even be a felony to possess a schedule one controlled substance. Of course, to be criminally responsible a person would have to do it knowingly. 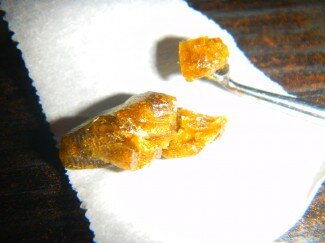 Proponents of earwax say its use is safer than marijuana. (watch this You Tube Video on Pure Gold). A user would inhale much less tar and carcinogens than traditional marijuana use. It can also be vaporized and inhaled with allegedly no tar. Patients have also been known to eat it or mix it with foods. It is also used topically.

There have been some unsafe reported incidents. There have been several explosions reported due to the manufacture of the extract. One occurred in March in Macomb County Michigan, where the improper use of a propane torch caused an explosion that knockeded the apartment building of its foundation and injured four people.  Criminal charges are being considered by the Macomb County Prosecuting Attorney. Another explosion was reported to have happened in California.  As a result, Federal law officials are taking notice and warning local agencies of the problem.  To make things even more dangerous, many people are learning the process of making earwax by watching You Tube videos, and officials are sometimes misidentifying the explosions as methamphetamine lab explosions.

With the increase of explosions there is certain to be negative effects on the fight to legalize marijuana and increased legislative action regulating its manufacture, possession and use.

So remember, as it stands now a patient may legally possess 2.5 ounces of earwax or hash in Michigan. If you are not familiar with the stuff, that is a lot of THC wax and it’s probably more than the Michigan Legislature intended when drafting the Act. As a consequence, Michigan is likely to see amendments in the future.