Ecstasy Molly MDMA becoming more popular than ever, along with arrest numbers 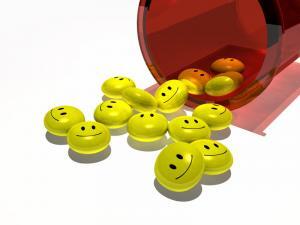 Ecstasy otherwise known as Molly or MDMA (methylenedioxy-methamphetamine) is a hallucinogen and stimulant drug that makes you feel euphoric and “touchy feely”. It is more popular than you think. It is about as common as alcohol at house and electronic music festivals such as Movement also known as the Detroit Electronic Music Festival  (Detroit), Electric Daisy Carnival  (Las Vegas and Chicago) and Ultra Music Festival (Miami). Those are the biggest but there are literally hundreds more. It is also popular at house music DJ clubs, beach/pool parties and all night raves all around the world. Its known as “the party drug”. A single dose can last up to six hours.

The very popular late night Vegas club Drais Nightclub puts lids on all drinks served to prevent a person unknowingly drugging a drink. It typically comes in a tablet or pill and is swallowed. Pure Molly also comes in a chunky powder which is also swallowed but is easier to take too much because it is not pre measured.

Dealers also use these venues as a playground for their bread and butter. Police are increasingly cracking-down on people who are in possession or are selling the drug.

Most older adults (over fifty) have no idea what the drug is or how popular and wide spread it is with teenagers and young adults. Trust me, the Molly rage is huge.

Molly is not only for house and electronic music. Popular Rap/Pop/R & B singer and Grammy winner Cee Lo Green (Thomas Callaway) was recently charged with delivering ecstasy to a girlfriend.

Recently, Senator Chuck Shumer announced his request for a nationwide crack-drown on the drug. The senator spoke out in hopes of bringing attention to a bill presented this past July. The bill “Protecting Our Youth from Dangerous Synthetic Drugs Act of 2013″ was introduced and co-sponsored by Senator Shumer and Senator Dianne Feinstein. It would offer our federal agencies greater power to ban Molly and other drugs of similar nature.

His statements followed in the aftermath of two people dying from a lethal overdose of the drug at the Electric Zoo Festival on Randall’s Island. Olivia Rotondo, 20, collapsed after overdosing on “pure” MDMA. Jeffrey Russ, 23, ingested a deadly mix of MDMA and methylene. Both victims suffered from high body temperatures, the main cause of death when taking Molly. In spite of this report and several others similar to it, the drugs popularity amongst our young adult community isn’t likely to fade anytime soon.

Did you know that Ecstasy was originally developed by Merck pharmaceutical company in 1912. It was used in 1953 by the US Army in psychological warfare tests, and then resurfaced in the 1960s as a psychotherapy medication to “lower inhibitions.”1 It wasn’t until the 1970s that MDMA started being used as a recreational drug.

It’s a Schedule One drug, which means the Federal Government classifies it as highly abusive and no legitimate medical usefulness

The more popular the drug, the more drug related arrests happen. The charges can carry big penalties especially when the DEA is involved in Federal Court. Possession 10,000 pills, for instance, can carry a penalty starting at 60 months in federal prison.

In state court, possession of a small amount of ecstasy is a ten-year felony. If it’s the first offense a person will get probation and no jail. Typically, the conviction can be removed after a successful term of probation. In Michigan, delivery or manufacture of ecstasy is a very serious twenty-year felony. Without a good drug defense lawyer jail is a real possibility.

It is also important to note: According to the Michigan “Drug Law”, second time offenders convicted of possession and/or selling Schedule I or II drugs where the amount is greater than 50grams, will be sentenced to life in prison.

These charges are of serious nature!! If you or someone you know has been charged with possession and/or intent to sell Molly, it is imperative to obtain an experienced criminal drug and controlled substance attorney immediately.

Unlike many attorneys who simply take whatever deal is first offered by a prosecutor, attorney Barton Morris believes the best results will come when a case is effectively litigated and legal issues are properly evaluated, pursued and argued. Mr. Morris is the top criminal defense attorney for the Metro Detroit Area including: Oakland, Wayne, Macomb, Washtenaw and Livingston counties.