A person charged and indicted with a criminal offense in Federal Court will have a magistrate judge make a decision on pre-trial release. In the Eastern District of Michigan it will either be a release on personal recognizance with conditions or detention (aka jail). The Eastern District has a custom not to use cash bonds. A major factor in the magistrate’s decision is the recommendation from the United States Pretrial Services Agency. With pre-trial release rates at about 70%, the Eastern District has one of the highest release rates among Federal District Courts in the country. The Chief Pretrial Services Officer Alan H. Murray is proud of that level of success because their rate of release absconders is among the lowest in the nation. In his words “unsecured bonds work as long as the right conditions are in place.”

He said just that at Federal Bar Association’s Criminal Practice Committee panel discussion on the Pre-Trial Services Agency on March 13, 2013. Barton Morris, member of the Federal Criminal Practice Committee, was present at the panel. Officer Murray and five additional pre-trial service officers held a discussion with federal criminal practitioners regarding their duties, practices and answered questions.

The Bail Reform Act of 1984 which revised the practices relating to bail to ensure that all persons shall not needlessly be detained pending their case states. It states that any bail conditions be as least restrictive as necessary to reasonably assure the defendant’s court appearance and protection of public safety. 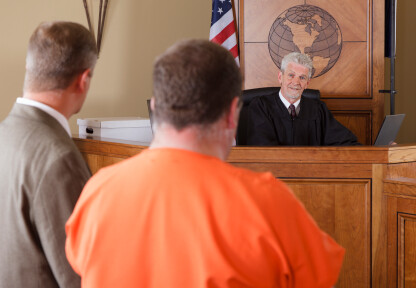 The detention or release determination is usually made at the initial appearance before the magistrate judge. If detention is ordered the defendant is entitled to a detention hearing which must be held promptly at which the defendant may provide evidence and testimony to argue why pre-trial release is appropriate and what conditions may be effective to ensure court appearance and public safety.

The Pre-Trial Services recommendation is extremely influential and important. Factors they consider when making a release recommendation include the defendant’s character, physical and mental condition, family ties, employment, financial resources, community ties, past conduct, drug and alcohol use history, criminal record, prior record of court appearances, whether they were on probation, parole, or bond during the alleged offense. To obtain a favorable recommendation it is important to assist the officer with positive documentation and verification of any of the above issues.

After the release and conditions has been ordered it is important for the defendant and his attorney to maintain regular communication with the pre-trial officer. A good relationship is important. If the defendant is convicted, the pre-trial officer will typically write a report about the defendant’s compliance while on bond. If the defendant is sentenced to incarceration, the officer will also make a recommendation to allow self-surrender to the Federal Bureau of Prisons. Without self-surrender, the Defendant will be remanded into custody immediately following the sentencing hearing. Click here for typical questions and answers about the federal self-surrender program. Page 1 and Page 2.

Keeping a defendant released during their case allows for better assistance and investigation with their defense. Additionally, it is this writer’s experience that defendant’s that are released during their case receive better sentences than defendants that are detained. Pretrial release also allows a defendant to show the court they can behave and comply with conditions which also will improve a sentence.

READ  Felony Firearm vs. Felon In Possession Of A Firearm