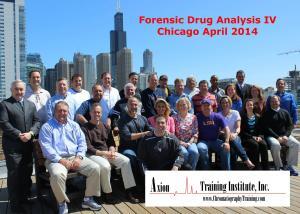 A gas chromatopraph (GC) is the most widely used chemical analysis tool used in the world. It can take a substance and separate the different things (analytes) it contains which allows a second instrument to identify and measure the analyze (the thing being measured). The GC is a must have in every scientific laboratory. The Michigan State Police Forensic Science Department (MSP-FSD) is the scientific crime laboratory primarily responsible for testing human blood for the presence and amount for alcohol and controlled substances. They also test unknown controlled substances for identification purposes in criminal prosecutions. Their primary tool of analysis is a gas chromatograph. The GC performs the separation for one of many detector systems that will perform the identification and measurement of how much is there. The secondary systems can be a flame ionization detector (FID) or a mass spectrometer (MS) depending upon the purpose for which it is being used. Because all criminal prosecutions utilizing forensic evidence depend upon the use of these instruments it is necessary for a criminal defense attorney to understand them to effectively fight these prosecutions. Boring stuff right? Not to Barton Morris. 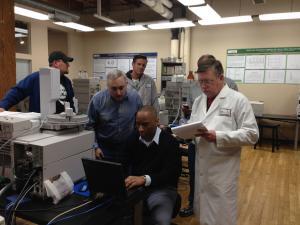 Axion Laboratories is a place where they teach people how the GC instruments work and provide hands on opportunities to perform your own tests. They offer three courses that are specifically made for criminal defense attorneys and created in conjunction with the American Chemical Society. In August of 2013 Barton Morris graduated from the first course teaching GC as it related to DUI prosecutions using blood alcohol analysis with a FID. Most recently in April of 2014 Barton Morris graduated from the Axion Laboratory American Chemical Society Gas Chromatography Solid Drug Dose Course. This course taught how to analyze drugs of abuse such as marijuana, cocaine and pills such as ecstasy, vicodin and oxycodone. The same testing done in a forensic laboratory was taught hands-on at Axion including color metric testing, macro and micro scopic, infrared, thin layer chromatography and the use of a gas chromatography using mass spectrometer. All of these methods are used in crime laboratories in Michigan. The theory and use of the Smith Detection Ion Scan 500DT was also taught. This is the same technology used in airports screening for explosives. They are also used to detect trace amounts of drugs. Millions of dollars every year are forfeited by the DEA based upon the trace detection of drugs on currency and baggage using the Ion Scan 500DT.

The solid dose drug testing class was facinating and exactly the type of education that every attorney defending drug related crimes needs. Without the ability to question and challenge the government’s evidence an attorney must trust that the testing is reliable but loses a potentially significant subject of defense that most attorneys overlook. 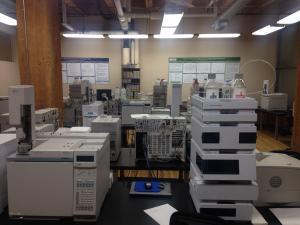 Barton Morris is scheduled to complete the third course in the series in June of 2014 which provides education and hands-on training on common testing used for driving under the influence of drugs prosecutions. These prosecutions are becoming more and more common especially with medical marijuana laws. Law enforcement is emphasizing drug related driving arrests all over the country and especially in Michigan.

Once all three courses have been completed, along with passing a written examination, Barton Morris seeks to be the first Michigan criminal defense attorney to be designated as an “Attorney Scientist” by the American Chemical Society. This distinction will not only be an honor of achievement but, more importantly demonstrates the commitment of Barton Morris to possess the knowledge and understanding of how to successfully defend criminal defense cases involving forensic science.

READ  Public Intoxication FAQs: Can You Get A DUI On A Bicycle In Michigan?