EVER BEEN ARRESTED? YOUR MUGSHOT AND PERSONAL INFORMATION MAY BE ONLINE: THE MUG SHOT RACKET 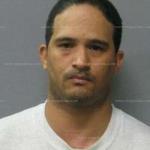 More than 13 million arrests are made each year by law enforcement in the United States. A majority of those arrests are alcohol and drug related driving and possession offenses. People who are arrested by the police have a picture taken of them, which is customarily called a “Mug Shot”. The mug shot becomes a part of the arrest record along with an arrest card and fingerprints. These photographs have been long publicized with celebrities such as Lindsay Lohan and Mel Gibson.  Because these photographs are considered public information held by police departments which are considered public agencies they are easily retrievable under the Freedom of Information Act or open record requests.

Now websites like mugshots.com are collecting and displaying these photographs along with the name of the person arrested for anyone in the world to search and see. The nature of these photographs are extremely embarrassing. When placed on a public website for anyone to see they realized that people will pay to have them removed. Depending on the website the costs range from $89 – $300 for each picture (some people have more than one – Lohan has six)!

The practice is proliferating – more sites are doing it, to keep their picture off line will people have to pay several people? What if it’s the same person or company running several different sites? There are spin off sites like mughots.com which display mug shots of allegedly attractive women.

Some call the practice of publishing publically available mug shots and then charging for their removal extortion. Legally extortion requires first a threat of engaging in an act accompanied by a demand for money to not do it. The mug shot websites publish thousands of pictures alleging they are engaged in a public service. They make sure that search engines are able to identify the persons and then offer a fee for it removal. It sounds sleazy but, for now, it’s legal.

READ  How to Find Criminals in Your Neighborhood

Then there are sites that you can pay to remove the pictures like www.removeslander.com and www.deletemugshots.com. I would not be surprised to learn that they are owned by the same people that publish the mug shots in the first place.

As far as their stated purpose of providing a public service, MADD believes there is no usefulness to this practice. National MADD president, Jan Withers has stated that “we haven’t seen evidence that tactics such as posting offenders’ mug shots online leads to the reduction of drunk driving incidents or fatalities.”

Some attorneys have filed lawsuits against the websites stating their use of the mug shots is in violation of the intended purpose of public records legislation. Michigan’s Freedom of Information Act does not limit a requestor’s purpose or require a legitimate intent to request records. Therefore, a lawsuit in Michigan under that basis is unlikely to succeed.

There seems to be something inherently wrong with these websites. I believe there may be some state legislative action in our future to address its legality. But, for now, it seems persons who find themselves with these unflattering photographs on the internet will have to pay to have them removed.